A touch of smoke and nip of whiskey, two things that have elevated food since the dawn of time. This month, we celebrate these two great cornerstones of comfort while showcasing a handful of the best small-batch makers in the US of A. A pioneer of all things bourbon barrel-aged, infused and smoked, founder Matt Jamie started with Blue Grass Soy Sauce (the only microbrewed soy sauce made in the United States) and has expanded to a mini-empire that includes everything from smoked spices to BBQ Sauce. This Kentuckyaki is more than just your standard Teriyaki. A splash of bourbon and genuine Kentucky sorghum combine with garlic and a hit of heat to bring the full English of flavor whether it’s doused over char-grilled steak, infused into a broth or glazed on a meatball for the ultimate sub.

"We’re turning up the heat with this Hot & Spicy version of a crowd- favorite – Kentuckyaki! Kentuckyaki is teriyaki sauce made Kentucky-Style and a splash of Bourbon. Hot & Spicy Kentuckyaki is naturally flavored with fresh garlic and ginger then sweetened with  Kentucky-grown sorghum. We’ve added red pepper to give this sauce heat! It’s rich, robust and packed with umami, adding complex flavors and spice to anything it touches.

Use Hot & Spicy Kentuckyaki as a marinade on salmon, beef, and chicken, add to stir-fry, or use it as a dipping sauce! #eatyourbourbon This all-natural and preservative-free sauce is delicious on all meat, poultry and seafood.  Use as a finishing sauce on vegetables as well!

We are happy to announce that our Hot & Spicy Kentuckyaki is the winner of the 2017 Good Food Award!!" Lemon pepper was a pantry staple ripe for a revolution until Bourbon Barrel Foods stepped in and delivered this modern take on Mom's stalwart fish spice. All of a sudden what used to be one dimensional is now versatile, ready to be deployed in a smoky take on Cacio e Pepe, Meatballs or rubbed on a ribeye.  Instead of flat and dusty this bourbon smoked citrus pepper is bold and fragrant. It was a long time coming but ol' lemon pepper has been smoked by the competition.

"Bourbon Smoked Citrus Pepper is made with quarter cracked Malabar black pepper blended with orange peel, fennel, onion, and natural smoky flavors from Bourbon Barrel Staves. #eatyourbourbon The brightness of citrus, packed with a peppery punch gives an adventurous boost to both grilled and roasted favorites alike. Season all meats, seafood, and vegetables with this delicious blend!" Sure, Aurelia’s smoky chorizo provides a bold flavor to everything from queso to nachos to bean soup, but recently we love it in this in comforting brothy noodles.  In more of a pasta mood? Kick up a bowl of Cacio e Pepe with crispy morsels of fried chorizo folded in.

"Aurelia's Chorizo is a traditional family recipe handed down for generations.  A naturally cured chorizo that's ready to slice & eat. Great with a paella, picnic, charcuterie board, manchego cheese, or a snack with a glass of wine! Just the right amount of smoky and spicy for a rich, authentic Spanish flavor. Small artisan batches of the sausage are prepared using full pork shoulder cuts, fresh ground garlic and Spanish Paprika imported from the de la Vera region of Spain."

Check out this list of 9 ways to use chorizo...

Take a break from beef and go turkey jerky. It’s lean and protein packed but with no shortage of flavor thanks to the tastemakers at Righteous Felon who have been leading the jerky innovation frontier for some time now. Crush it out of the bag or cook with it, we slip a couple of pieces into stock or broth to bring out big umami flavor, kind of like a meaty bay leaf or spring of rosemary. 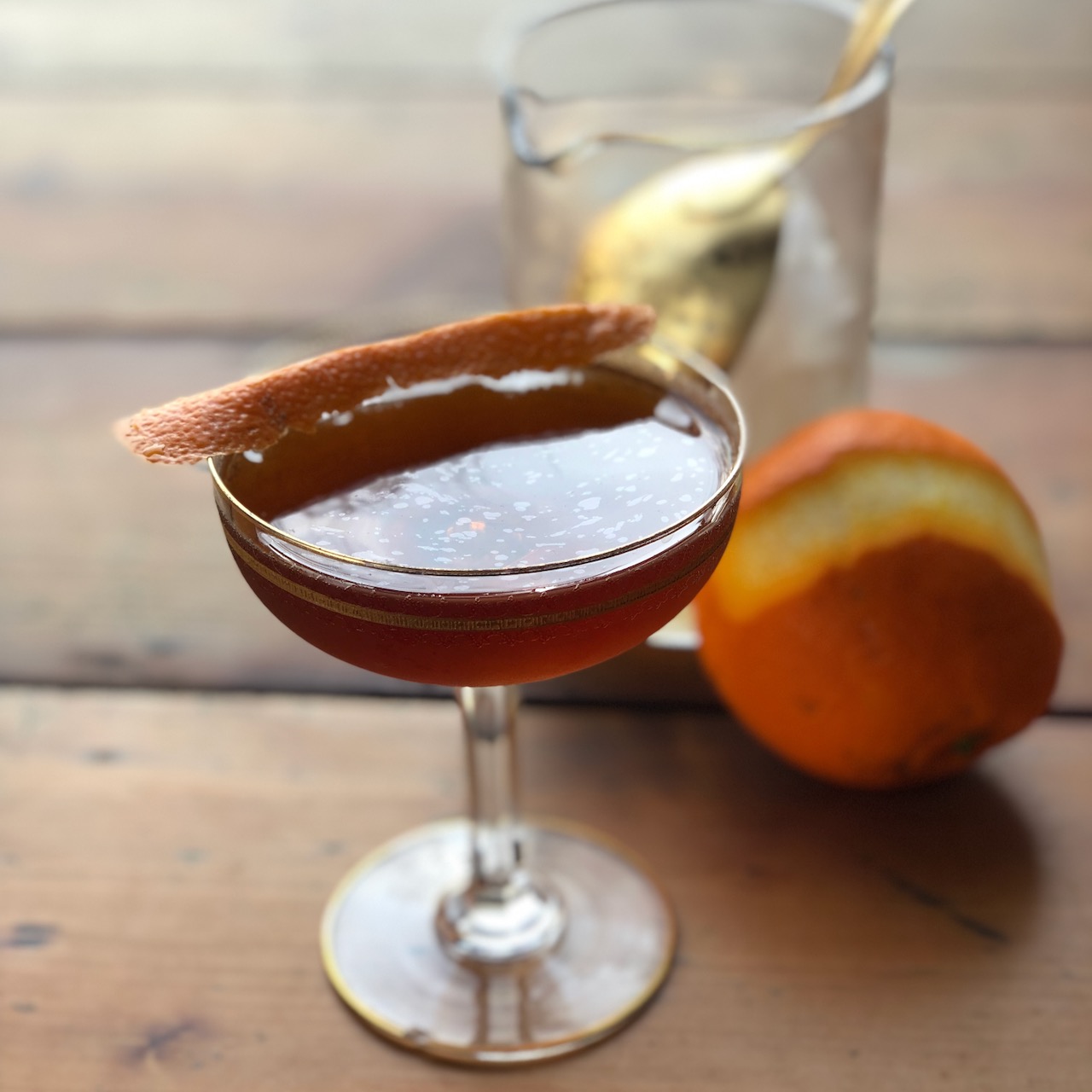 There’s nothing Old-Fashioned about what Tory Pratt is up to in DC. She’s making inventive cocktail mixers that help people craft speakeasy quality sips at home. She makes a killer tonic, but this mixer leveraged slight hints of clove and orange peel that play perfectly for colder months when you want to be nestled up near a fire imbibing with friends. Don’t stop at the cocktails though, the aromatic nose of Pratt’s creation kicks up an affogato (an espresso shot dumped over ice cream), especially when you add a little whiskey.

Our Old Fashioned Syrup was crafted to ease the cocktail making process. Every bottle has the exact blend of flavors you’d normally get from using rich simple syrup and bitters. Just mix your favorite whiskey, stir with ice, garnish with an orange peel, and boom -- a perfect Old Fashioned, every time.

Inspired by founder Katrina Markoff’s mix of traditional training (she’s a Le Cordon Bleu alum) and avant garde inspiration (she worked a stint at El Bulli), Vosges is as far from Hershey bars — in both directions — as it seems possible to get. Think Willy Wonka in a Saville Row suit: the Chicago-based chocolate factory makes everything from über-classic truffles to a whole shelf’s worth of bacon-infused bars to this particularly hybridized creation, a blend of Forbidden Root Aboot Stoot Beer, rich dark chocolate, and alderwood-smoked sea salt.

We’re also obsessed with freezing this bar and cracking it over ice cream or tucking it into the aforementioned affogato. Use #mantry or tag @mantry in your recipes and unboxings to be entered to win a Mantry Prizes!